Edit
watch 01:36
We're Getting Mutants in the MCU - The Loop
Do you like this video?
Play Sound

12
Kono Bijutsubu ni wa Mondai ga Aru! (この美術部には問題がある! ) translated as This Art Club Has a Problem! is a television anime adaptation of the manga series of the same name, produced by Feel and broadcasted by TBS, CBC, SUN, BS-TBS. The first episode was scheduled to air on July 7, 2016. The series is composed of one 12-episode season which is being simulcasted weekly on Crunchyroll and AnimeState.

The anime series was directed by Kei Oikawa and written by Naruhisa Arakawa, with music by Gin, sound direction by Satoshi Motoyama, and character designs by Mai Otsuka based on the original designs by Muru Imigi.

Kono Bijutsubu ni wa Mondai ga Aru! focuses on an art club in a certain middle school, and its members: Subaru Uchimaki, who is a genius at drawing faces, but only wants to draw the perfect 2D wife; Colette, a rich troublemaker who never stops making mischief; and the club president, who sleeps through sessions and collects sleeping aids. Mizuki Usami is the only person in the club who wants to do art club-like activities, and constantly struggles to do so. 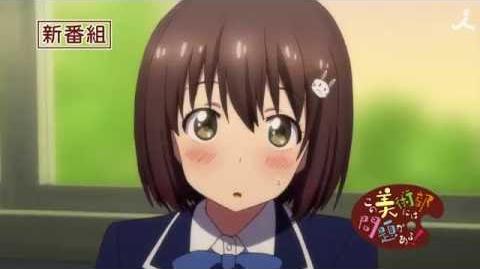 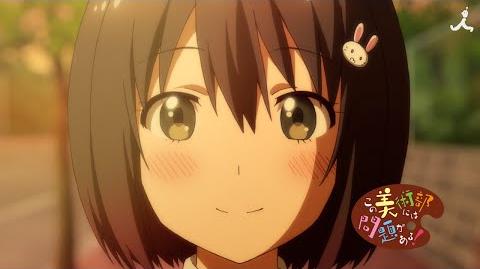 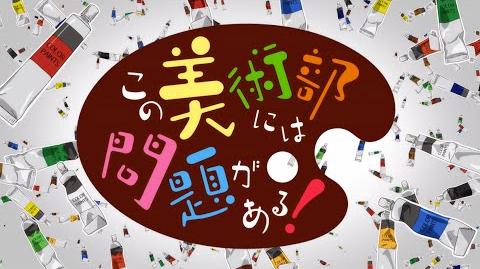